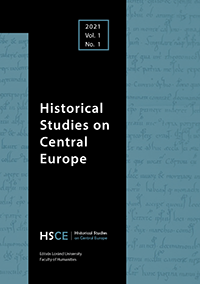 In my prosopographic examination of new aristocrats in the eighteenth century, I came across Georg Wolfgang Chiolich, an atypical member of this group, as he was the only one to receive the title of baron for himself alone, as a bishop, during the century. What was the point of conferring a noble title on a bishop? Searching for a reply to this question, we can gain some insight into the social, economic, and especially political processes of the Habsburg Empire in the mid-eighteenth century. Descended from a wealthy patrician family of Senj (Zengg), while Chiolich proved to be a talented organizer and took significant steps towards rebuilding his still-ruined bishopric in the mid-eighteenth century, he may not have been a saint. The rumors about the bishop of Senj (Zengg) finally escalated into a scandal in Vienna and in the Holy See in 1759, when a local noble family accused him of making a daughter of the head of the family pregnant. The legal proceedings, including the investigative material, were partly preserved in the Vatican Archives, and most of them were published by Tihamér Vanyó. Georg Wolfgang Chiolich eventually traveled to Rome, where the investigation declared him innocent despite all the efforts of the affronted family. If we look more closely at the main stages of his career and the course of this investigation, I believe that we can get closer to the political, social and economic conditions of a peripheral region of the Kingdom of Hungary.